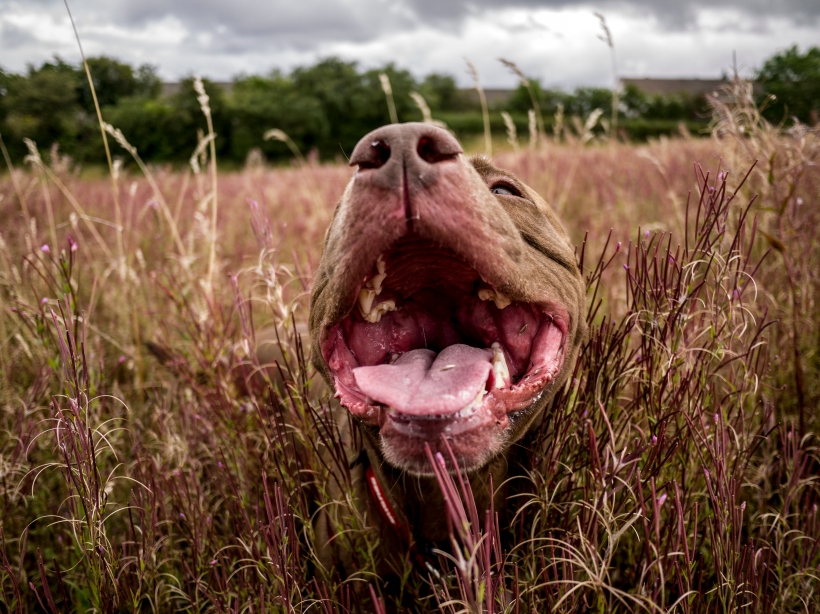 I’m picking away at several books just now as part of my own learning. One of them is The Archaeology of Mind by Jaak Panksepp and Lucy Biven. Page 382-384 talks of Play Deprivation in ADHD-type Impulse Control disorders in both humans and animals.  One of the suggestions for human children who have been diagnosed (labelled?) with ADHD is that half an hour of active play before lessons helps them concentrate more on learning. I do my best not to attach labels to him but we research where and when we can and labels can be useful as long as we are all talking about the same thing.

Reading this over the festive break, I allowed Logan and Watson supervised play for around 30 minutes in the mornings, with frequent short breaks to stop arousal getting too high and then letting them go back to playing again. After they had played and then cooled down, I headed off to the park with the boy for some ninja BAT. When we do our ninja BAT, we are concentrating both on BAT around other dogs as well as BAT walks which help build that BAT experience he needs. We did this around seven times over the two week festive period.

The weather has been truly foul here today and yesterday and he really does not thank me for taking him out in the freezing cold rain despite the rather snazzy coat we bought for him. This evening, we did some play with toys, clicker training and some search stuff at home which he really enjoys.

I then took him out for a walk around the neighbourhood. Ordinarily at night he is really vigilant and will watch (eyeball) every shadow and movement and he can be vocal around people and dogs. Tonight, BAT style, he bimbled around, sniffed, walked really calmly with me, sniffed some more, we did a few jumps over a railing, sniffed some more, and then walked around the church gardens, sniffing some more. He was looking and acting like a normal dog. Two dogs walked along the other side of the road (around 30ft away) and he had a little look and then went back to sniffing.

These walks are what I  miss with my dog and they are what many take for granted. The last year has been relentless with him but the hard work is paying off for us and these moments shine through. These will become more normal rather than stand out.

This is a combination of all the tiny improvements we are making together, not one thing is the magic bullet.